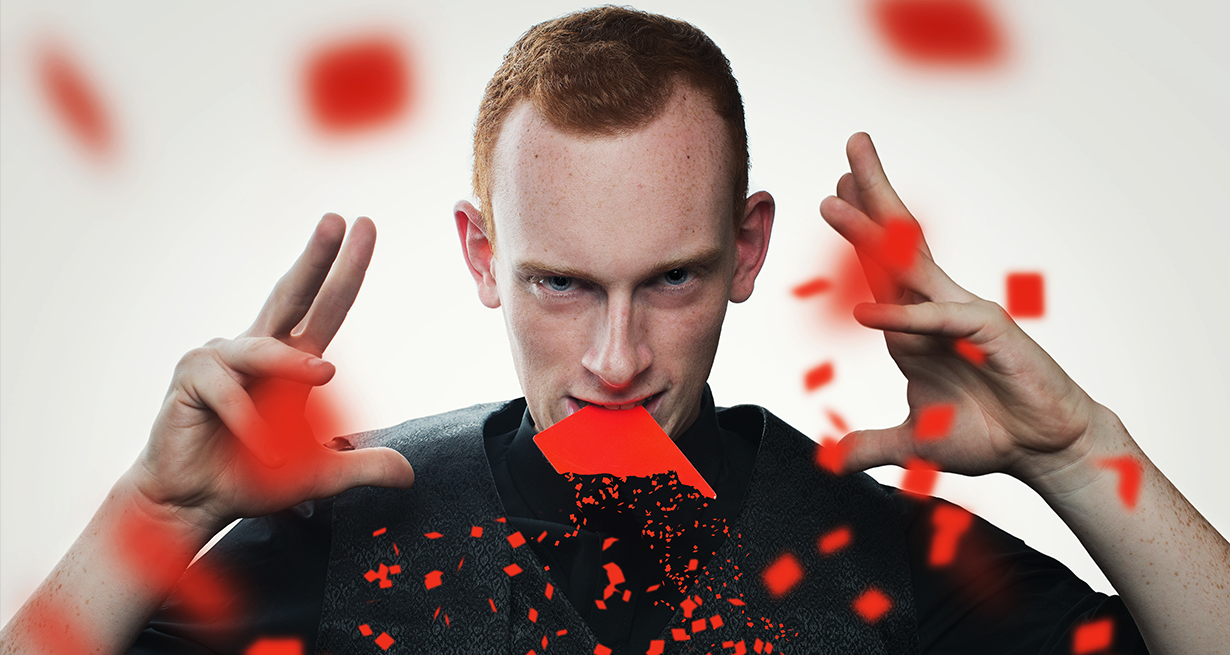 Niek Takens specialized in the art of manipulation.

Niek has been seen on various national tv programs and performed over a 100 shows with the ‘Ashton Bothers’ which are one of the most famous and best selling theater shows in The Netherlands.