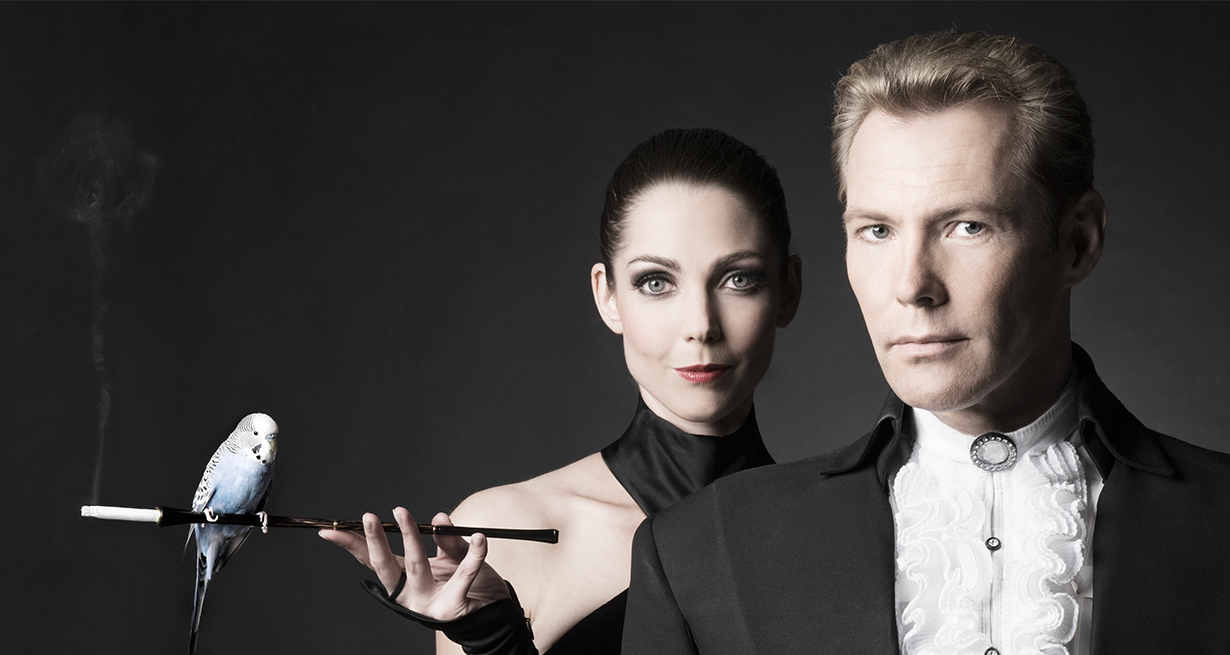 Marko Karvo is a Magician specialized in exotic birds.

Marko Karvo and Vanessa Karvo are partners on and off stage since 2006.

The world biggest magic magazine wrote about London Palladium Magic 2011 “It’s impossible to overstate the astonishment create by Finnish magician Marko Karvo, undoubtely one of the best top variety acts in the world”.

Marko Karvo has performed in many different important theaters such as: the Royal Palace in France, in Tivoli in Copenhagen, the Hansa Theater in Hamburg, the GOP theater in Hanover, the GOP Variete in Essen, the Apollo theater in Düsseldorf, the Wintergarten Berlin in Berlin, the Tigerpalast in Frankfurt am Main, and the Schuhbecks theater in Munich.

Having completed a 6-years run at the “Lido de Paris” in Paris, France, “The Magic of Marko Karvo” is undeniably one of the top variety acts in the world. At the Lido, he dazzled an estimated 2.5 million spectators in more than 3,500 performances.

Performances for groups of all sizes and ages in innumerable schools, daycare centers, restaurants, events, fairs and exhibitions across Finland.

March 2009 Named “Magician of the Year” by the Finnish Magic Circle;

January 2005 Named “Magician of the Year” by the Finnish Magic Circle;

March 2000 Named “Magician of the Year” by the Finnish Magic Circle;

November 1996 Named “Magician of the Year” by the Finnish Magic Circle;

March 1996 “Baguette d’Argent ” (silver wand) and the special price of the “Radio Monte Carlo” at the “12th Grands Prix Magiques” in Monte Carlo;

January 1995 Named “Entertainer of the Year” by the Finnish Artist Association;

May 1994 Winner of the Scandinavian Magic Championship and the “TROFE” award – the highest honor given to magicians in Scandinavia;

January 1994 Medalist at the “Magic Hands” competition in Sindelfingen, Germany;

September 1990 Winner of the Scandinavian Magic Championship and the “TROFE” award – the highest honour given to magicians in Scandinavia;

June 1989 Chairman of the judges in juggling and magic competitions at the Young People’s National Art Festival in Salo, Finland.

1982-1989 Teaching magic to children and young beginning magicians. Worked as an instructor in magic clubs, on courses, at art and circus camps. Arrange courses in magic all over Finland.