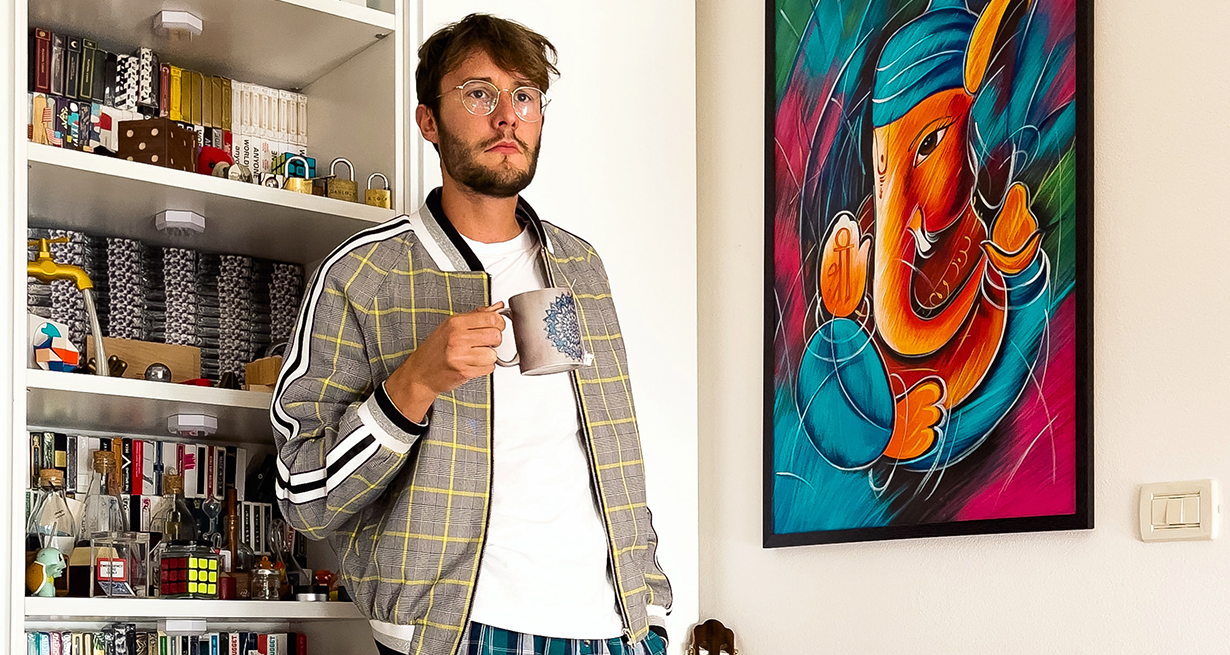 Jack Nobile studied at the Tourism Institute, but magic and magic tricks have always been his greatest passion. In 2012, when he was 16, he opened his first YouTube channel. In his videos the protagonists are magic and tricks with cards. He enjoys surprising people with “Street Magic”, but he also solves puzzles and enjoys learning to do very difficult things.

Jack Nobile’s Shows have a great success in shopping centers, theaters and theme parks. Jack is very funny and enterprising. His performances let people (both kids and adults) fall in love with magic.

The training for him is everything. Jack spends at least 3 hours a day studying and trying his tricks!
He has produced three decks of cards that have been greatly appreciated by his fans. He is developing his fourth deck! Jack is very focused on his personal journey and he always practices Yoga and meditation.

Jack Nobile will hold a workshop with Hyde:

The workshop will be splitted into 3 parts:
1st part: Jack Nobile
Psychology in magic, cards techniques and the psychology of the public into different types of personalities.
Jack will show some card tricks. Then, he will explain different stage approaches to the public and he will teach some notions learnt during a 5 year-long unique study on psychology of the audience, declined in different kinds of personality, through neurosciences, modern psychology and character study. He will list pros and cons of each one of the 9 kinds of spectator.

2nd part: Hyde
Cube magic, advanced techniques with rubik cube, mathematical and automatic effects with cards.
Hyde will show his studies on rubik’s cube, he will teach some routines with it for close-up shows and stage exibitions. In addition, he will teach different mathematical tricks for cards, easy to do and suitable for every occasion. Great results are guaranteed.

3rd part: Jack + Hyde
Couple magic, question & answear.
In the 3rd part, Jack and Hyde will present different couple effect, for shows with two people on stage. Card effects, cards and cube and one distance divination trick.
At the end of this part, participants will be able to ask any question to Jack and Hyde.