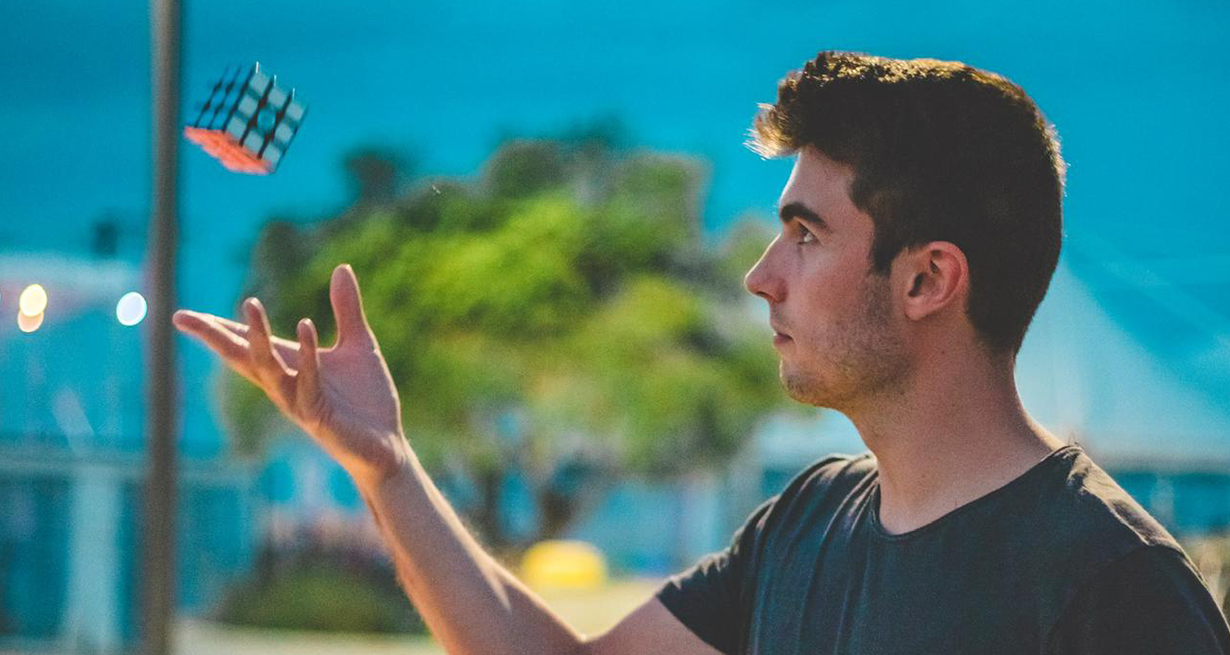 Hyde is 23 years old and since he was a child his greatest passion is Magic. In addition to practicing this wonderful art, he also try to use creativity to invent new magic effects with the Rubik’s cube or with cards.

He has worked on many projects since he approached this world: a deck of cards inspired by the golden section, two magic DVDs with the Rubik’s cube, two puzzles and many other effects. He brings these effects around Italy and he has had the opportunity to appear on TV several times.

Hyde will hold a workshop with Jack Nobile:

The workshop will be splitted into 3 parts:
1st part: Jack Nobile
Psychology in magic, cards techniques and the psychology of the public into different types of personalities.
Jack will show some card tricks. Then, he will explain different stage approaches to the public and he will teach some notions learnt during a 5 year-long unique study on psychology of the audience, declined in different kinds of personality, through neurosciences, modern psychology and character study. He will list pros and cons of each one of the 9 kinds of spectator.

2nd part: Hyde
Cube magic, advanced techniques with rubik cube, mathematical and automatic effects with cards.
Hyde will show his studies on rubik’s cube, he will teach some routines with it for close-up shows and stage exibitions. In addition, he will teach different mathematical tricks for cards, easy to do and suitable for every occasion. Great results are guaranteed.

3rd part: Jack + Hyde
Couple magic, question & answear.
In the 3rd part, Jack and Hyde will present different couple effect, for shows with two people on stage. Card effects, cards and cube and one distance divination trick.
At the end of this part, participants will be able to ask any question to Jack and Hyde.