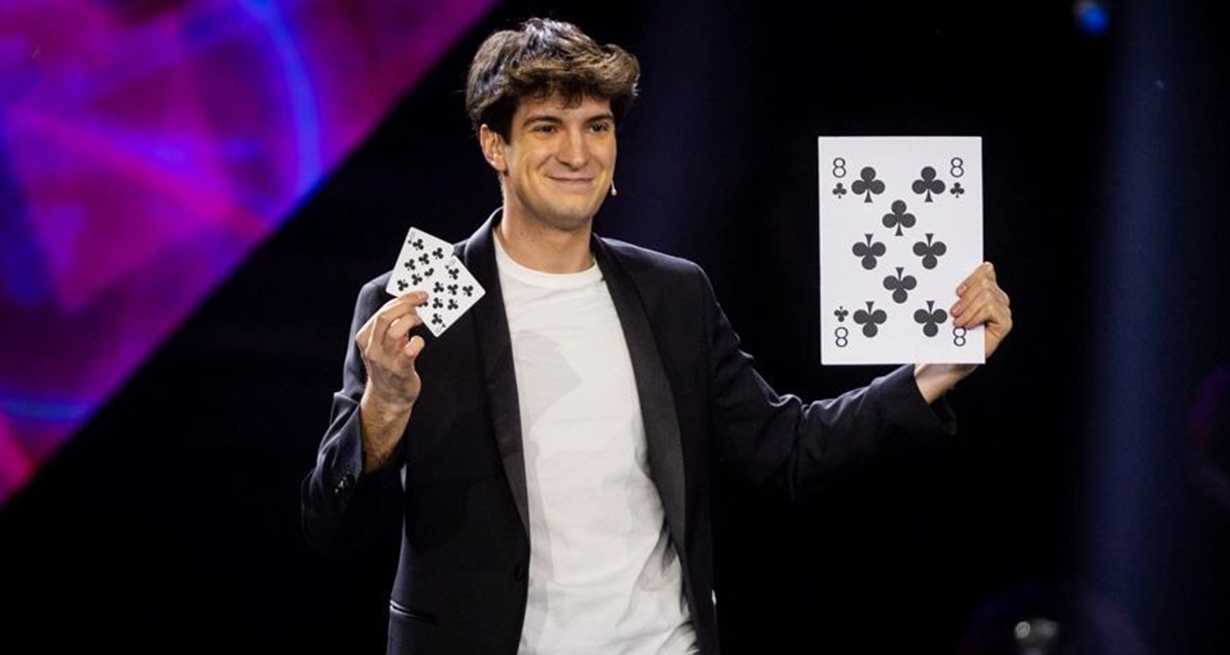 Francesco Fontanelli was born in 1999, he started doing magic since he was a child (he went on stage for the first time at the age of seven), thanks to his father, who is a magician too. In 2021 he won the First Prize at the FISM, the “European Championships of Magic”, in the category “Card Magic”.

Member of “La Corte dei Miracoli” in Livorno, the only permanent theater dedicated to magical art in Italy, where he collaborates with the best illusionists on the international scene.

For the 2013 season, when he was only 14, he was the magician of the national television program “I Fatti Vostri” on Rai2.

In 2022, he was in the tv show “Italia’s Got Talent”, where he won the audience’s Golden Buzzer, which allowed him to reach the final, getting the second place.

In his performances he combines Card Magic (magical effects with a deck of cards) and storytelling, to show his audience that something extraordinary can be hidden in the ordinary, and that even with a simple deck of playing cards, you can create an instant of real wonder.