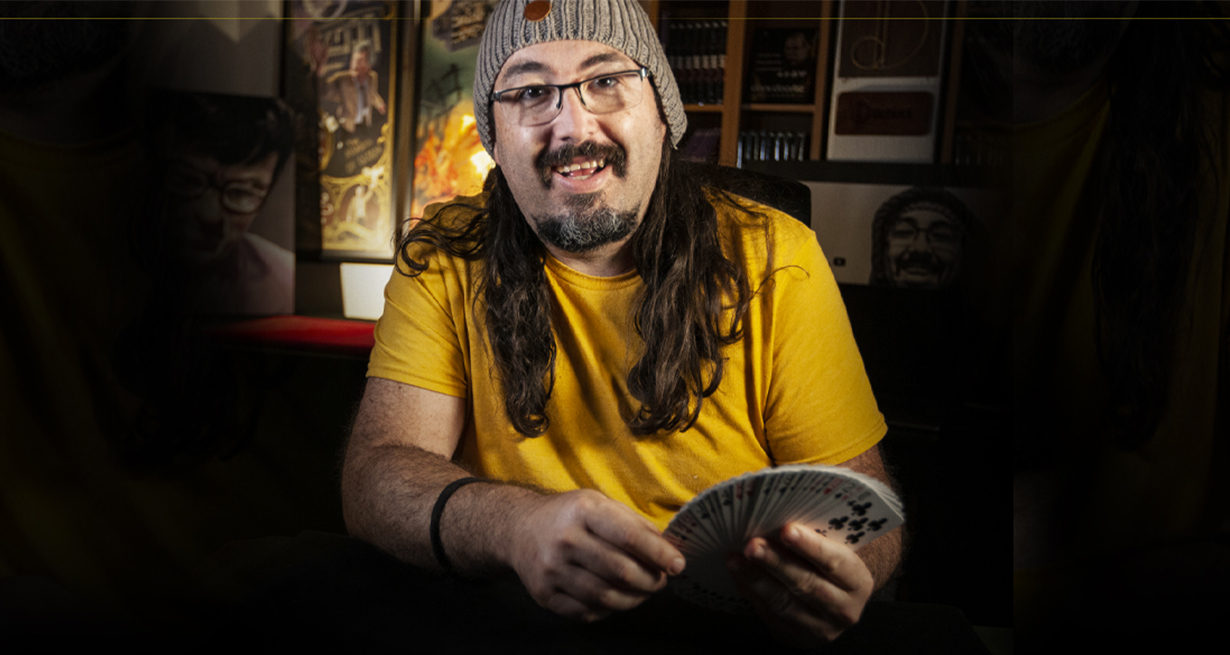 Dani DaOrtiz combines superb technique with crazy humour. At only 30 years of age he is another of the great card workers that Spain has given the world, magicians like Arturo de Ascanio, Pepe Carroll and Juan Tamariz.

Daniel Ortiz was born in Malaga in a town called Estepona. Like most magicians he began his own marathon of magic at 4 years of age thanks to a box of tricks given to him by his father. When he was 12, he visited the magic circle in Seville and experienced the magic of Mario the Magician who would later become his mentor. Later still he would associate with first class artists such as Juan Escolano, Mago Migue, Juan Tamariz, and even today Lennart Green. All played their part in influencing his approach to magic.

If there is something that Dani DaOrtiz does not avoid it is taking risks to achieve the desired effect. His magic is sometimes characterised as being unconventional and making much use of improvisation. It allows him to create incredibly dynamic routines that cater to those particular audiences in the specific environment in which he is working.

He edits a magazine called ElManuscrito which he hopes will create a lasting legacy of interesting articles, studies, theories and of course techniques and tricks. His goal is to create in-depth studies of figures like J N Hofzinser, Robert-Houdin, Fred Kaps, Larry Jennings and many others. In doing this he considers himself fortunate in having the cooperation of many magicians from around the world: Paul Wilson, Roberto Giobbi, Juan Tamariz, Rafael Benatar, Helder Guimaraes and Lennart Green among others.

He has authored four books on magic and edited three DVDs including Fat Brothers I and II.