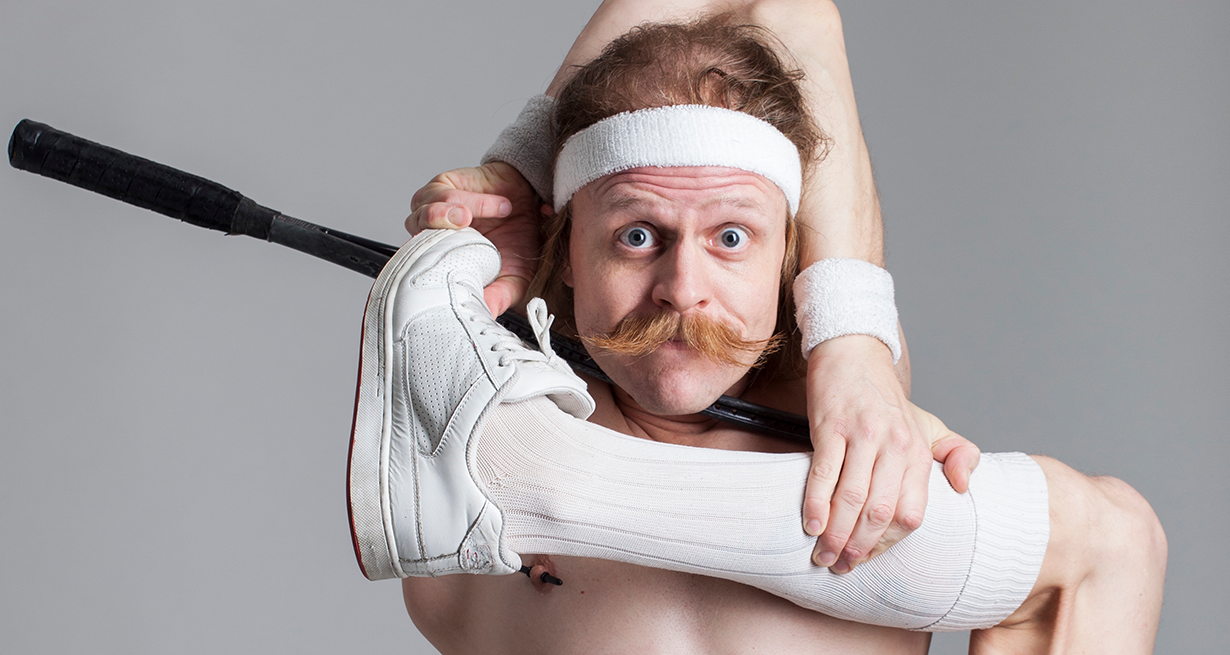 Captain Frodo has been a performer all his life. As a son of a magician Frodo’s love affair with the stage began in The Great Santini’s Magic Show, in Norway, in the early 80’s.

Frodo was born with hyper mobile joints which led him to escapology. Using his natural flexibility to wriggle his way out of a straight jacket became the finale of the family show.  Yet that finale became the start of the Captain’s next career as The Incredible Rubberman. It turned out that audiences were more fascinated with the crazy contortions and strange dislocations that happened inside the straight jacket, than the escape itself. He had successfully turned his deformity into his art.

Captain Frodo’s brand of illuminated showmanship is both hysterically funny and surprisingly moving.

Frodo has performed with the Kamikaze Freakshow, the Modern Primitives, the Happy Sideshow, Circus Oz, Circus Monoxide, Medium Rare, he has worked for ten years with La Soiree (aka La Clique), with the original Absinth show in New York City in 2006, with the Vegas Nocturne show at Rose Rabbit Lie in Las Vegas, with the crazy Danish Zirkus Nemo and through this created Zirkus Barnly, a family version of Zirkus Nemo which toured Denmark for two seasons 2018 – 19. He’s performed with OhLaLa CrazySexy-Artistic Circus, FlicFlac, and most recently he has lived and performed in Las Vegas in a show called Opium at the Cosmopolitan Casino. He has also as performing on television all over the world. Further he’s been presenting his own full length solo shows for both adult and family audiences.