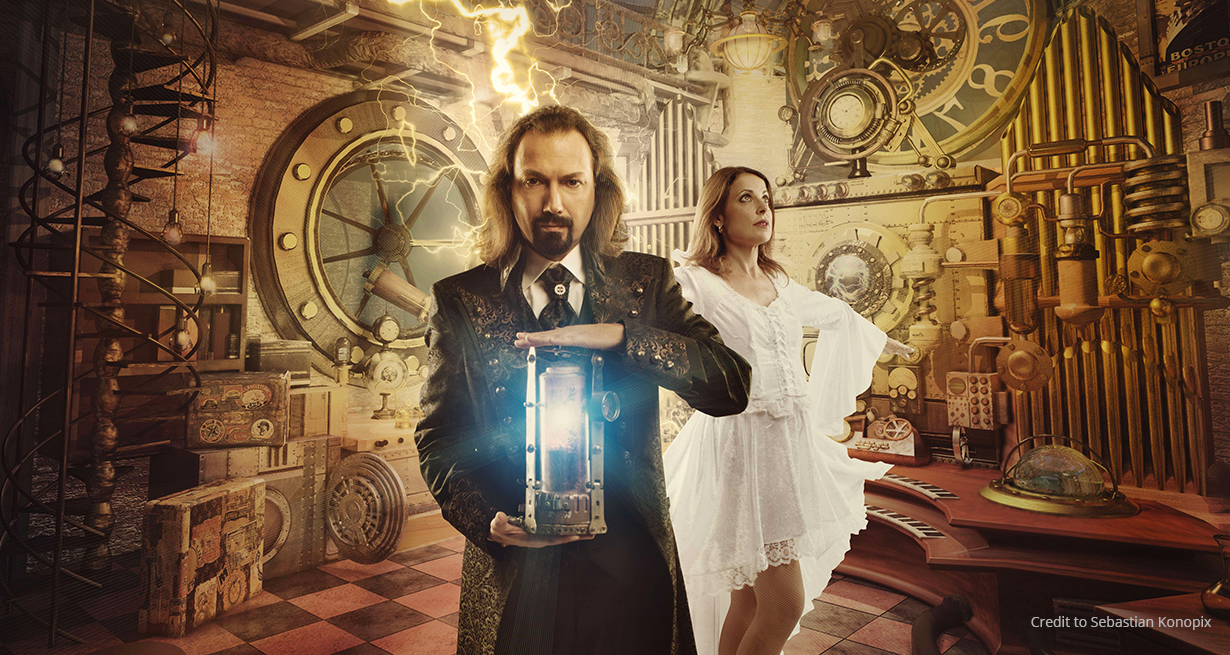 In 2018 they  won the first prize of L’Oracolo d’oro in Valladolid (Spain) at the Calderon theater. One of the most important prizes in the world of illusionism.

Alberto Giorgi and Laura are the foremost and most appealing examples in the European panorama of magic.

Alberto Giorgi and Laura are among the most interesting exponents of European illusionism. With their unique style that skillfully combines modernity and tradition they will lead you to their fascinating world.

They were part of the cast of “The illusionists 1903” one of the most important productions in the world of illusionism. Broadway collection record and still the best-selling magic production on the planet.

Their uniqueness has led them to win the most coveted awards internationally.

Among the most important were:

–  The “Magic Stars” trophy during the 25th “Montecarlo Magic Stars” held at the “Theatre       Princess Grace” invited personally by Princess Stéphanie in 2010.

The numerous prizes and their continuous national and foreign television appearances which have characterized their career, combined with an intense stylistic work on their act have brought them to develop a distinctive and very personal magical universe with fantastic machines inspired by the imagination of Jules Verne and G.H. Wells. Because of the innovative visionary approach, their characters seem to come directly from a Tim Burton movie. The refined elegance of their performances and their incredible illusion will enchant you, taking you on an extraordinary and fantastic journey into a one-of-a-kind magical experience.